Canada and the liberation of Holland

In May 1945, when Holland was finally freed from Nazi occupation, it was in no small part thanks to Canadian troops. Until today, the two countries have a warm relationship, and the Netherlands hosts annual remembrance ceremonies for the thousands of Canadian soldiers that gave their lives for freedom in Holland.

Canada played a key role in the liberation of Holland from September 1944 to May 1945, from the southwest – the setting of the crucial battle of the Scheldt – to the northeast, where the battles of Groningen and Delfzijl took place.

Key battles in the south-west

It all started in October 1944 with the beginning of the Battle of the Scheldt, featuring international troops led by the First Canadian Army. One of the biggest and most gruelling battles of the entire war, this campaign was fought in harsh conditions and lasted until 8 November. It ensured supplies could reach Allied forces on the rest of the European continent following D-Day, but it came at a high price: more than 6,000 Canadian soldiers were killed, wounded or captured. Visitors to the Netherlands can step back in time to this period at the Bevrijdingsmuseum Zeeland, which retraces the history of the area, and in particular the Battle of the Scheldt.

Another important battle in the south-west was the Battle of Kapelsche Veer on the River Maas in Noord-Brabant. It was fought in the extremely hard winter of 1944 and ’45, the so-called ‘Hunger Winter’, in which thousands of Dutch men, women and children perished from starvation and cold.

Liberating the east of Holland

In spring 1945, the liberation of the northeast of Holland began. The Battle of the Twente Canal led to the liberation of Almelo and Hengelo, and the battles for Zutphen and Deventer freed the two towns on 8 April and 10 April. This led to the crossing of the River IJssel: Operation Cannonshot.

In early April, the II Canadian Corps reached the borders of Friesland and Groningen. Fierce fighting ensued in Groningen, which was freed on 16 April. Delfzijl – as a port strategically important – followed, and 62 Canadians lost their lives in a battle that lasted more than a week. Around this time the Allies also took the Dutch part of the Atlantic Wall, a coastal defence system by the Nazis. Drenthe was liberated, too, and so was, after a long wait, the Westerbork camp.

The Battle of Otterlo

The Battle of Otterlo was the last big battle to take place in the Netherlands. Otterlo was stuck between Canadian troops on one side, and the German forces trying to get their remaining troops to safety on the other. The result was an unexpected, hard and chaotic battle.

In the west of Holland, the 1st Canadian Corps was responsible for the liberation of major cities like Amsterdam (7 May), Rotterdam (8 May) and The Hague. The final Dutch location to be liberated, on 11 June, was the island Schiermonnikoog, regarded as the last battlefield in Western Europe. 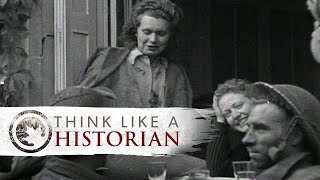 Canada's role in the liberation of the Netherlands

Experience the story of the Canadian liberators in Holland

There are many war cemeteries in Holland, representing the final resting places of many international soldiers. Pay tribute to the fallen Canadian liberators in the war cemeteries in Bergen op Zoom (in the province of Noord-Brabant), Groesbeek (near Nijmegen), and Holten (close to Almelo). As well as its poignant, monumental setting, the information centre in Holten provides insight into the battles, liberation and the stories of individuals. The Memory Museum in Nijverdal (reopening in summer 2019 following renovation) and Victory Museum Grootegast in Groningen are fitting places to experience more about WWII and the Allied fighters who helped to free Holland.

There’s also a memorial, the Bevrijdingsbos (Liberation Forest), in Groningen, where 30,000 maple trees were planted. And the city of Apeldoorn is home to the national Canadian monument named ‘The Man with Two Hats’. In each hand, the statue holds a hat, symbolising the duality of war and peace, oppression and freedom, death and life, joy and sadness. A ‘twin’ of the statue is located in Ottawa, expressing the bond between Canada and the Netherlands. In fact, since 1953 the Canadian city has held an annual Tulip Festival as a way to remember those who lost their lives in the war, as well as to celebrate the Dutch Princess Juliana’s gift of 100,000 tulip bulbs to Canadia for its role in liberating the country and providing refuge for her family. If you want to fully explore the period preceding the war, experience the occupation, celebrate the liberation and witness the rebuilding of the Netherlands, then don’t miss a visit to the Freedom Museum in the Dutch town of Groesbeek.

More about the liberation route

Liberation of the Netherlands

The Canadian soldiers who gave their lives during the Battle of the Scheldt in the fall of 1944 are buried here. The British military cemetery adjoins the Canadian cemetery.

An impressive story is associated with each of the 1,393 tombstones. Honor the graves of the fallen liberators and discover their stories at the Information Center.

From dioramas of a British airfield to objects that played an important part in the liberation of northern Holland by the Canadians and Polish armies. You can see all this and more at the Victory Museum in Grootegast.