Breda is the cradle of the Dutch Royal Family. And while William of Orange had to flee the city and moved to Delft, his influence and that of the House of Orange-Nassau is still clearly present. Discover the royal side of Breda, the city of the Nassaus, with these four royal highlights!

The Grote Kerk, a beautiful 15th century church, is the most famous highlight in Breda. The House of Orange-Nassau and the church have a long history together. Henry III of Nassau had the church converted in the 16th century. He hired a pupil of the famous Raphael as a designer, thus bringing Holland firmly into the Renaissance.

See the beautiful interior of the church and visit the Princes’ Chapel. Here, beneath a gold leaf ceiling, lie nine Nassaus as well as the first Prince of Orange. Originally William of Orange was to be buried here as well, but he was burried in Delft because Breda was occupied by the Spanish at the time of his death. Before you leave, don’t forget to climb the nearly 100m tall tower for the best view of the city.

Step into the past in the Begijnhof (Beguines’ courtyard), a peaceful oasis in Breda’s city center. Stroll through the lovely herb garden, discover the old parsonage, and admire the historical houses. In the past, these were occupied by the Beguines, single women who wanted to live a devout life without becoming a nun. Even today people live in the Begijnhof. Visit the Begijnhof Museum in one of the houses and discover how the Beguines used to live here.

The Begijnhof in Breda has been protected by the Royal House since 1531. In 1403, the Breda native Johanna of Polanen wed the German Engelbrecht I of Nassau-Dillenburg. It was the start of the House of Orange-Nassau. She also paved the way for the Beguines community to move into the Begijnhof. The Begijnhof is just a five minute walk from the Grote Kerk.

Around the corner of the Begijnhof, you will find the Stedelijk Museum Breda. In this beautiful museum, you can immerse yourself in the history of Breda and its royal past. Learn more about the ancestors of William of Orange with the aid of extraordinary historical objects and paintings.

In 1625, the city was occupied by the Spanish. This moment was recorded by the Spanish painter Velázquez. The original now hangs at the Prado in Madrid, but a replica of the Surrender of Breda can be seen at the Stedelijk Museum Breda.

Want to spend the night in royal style? Book one of the lovely rooms at the Hotel Nassau Breda  and sleep in a former city palace. This beautiful hotel merges old and new. Want to enjoy this great hotel without spending the night? Book a table for lunch or dinner at Restaurant Liefdegesticht in the old monastery associated with the palace. 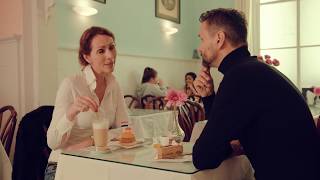 Breda is not the only Dutch city with a royal past. At less than an hour from Breda, you will find Delft and The Hague, two cities with a royal ambiance. Visit Leeuwarden, the royal city of the Frisian Nassaus or the beautiful palace gardens of Het Loo Palace in Apeldoorn. Immerse yourself further into the history of the Dutch Royal Family in other royal cities.