Royal Holland – The House of Orange-Nassau

The members of the House of Orange-Nassau have created and shaped Holland. Every stadtholder, king and queen worked to better Holland in their own way, for instance by defending freedom and independence, stimulating art and culture, or improving social coherence. The rich history of the House of Orange-Nassau has left its mark on various places in Holland: palaces, mausoleums, historic places and monuments tell the stories of royal Holland.

The first roots of our Royal House can be found in Breda. The Breda native Johanna van Polanen weds the German Engelbrecht I of Nassau-Dillenburg in 1403. With their large court and interest in culture, art, design and fashion, the Nassaus foster a flourishing economy in the fifteenth and sixteenth century. When the son of Henry III, René of Chalon, inherits the principality of Orange in France, he becomes the first Orange-Nassau. His cousin becomes the most famous descendant of the Orange-Nassaus from Breda, William of Orange. However, due to the revolt, William of Orange is forced to leave Breda. 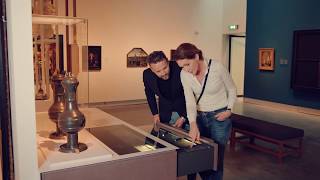 Watch this video: The House of Orange-Nassau

Father of the nation

In 1572, William of Orange moves into the Prinsenhof in Delft, where it remains fairly quiet and peaceful during the revolt. He leads the revolt against the Spanish from Delft. And successfully so! In 1579, the Union of Utrecht is arranged and signed by William of Orange, laying the basis for the nation we are today. At that time however, Holland was not yet a kingdom.

Because of his significance during the revolt and the creation of Holland, William is given the title Vader des vaderlands or Father of the Nation, an honorary designation for a respected (political) leader of great significance to the creation of a country. He is murdered by Balthasar Gerards in 1584 and, because Breda is still occupied, is buried in the Nieuwe Kerk in Delft. Ever since, this church has been the final resting place of many members of the Royal Family.

The beautiful Veluwe region is a perfect location for a country residence. Stadtholder William III commissions Het Loo Palace in Apeldoorn, which is surrounded by luxuriant palace gardens. After he becomes the King of England, the palace functions primarily as a hunting lodge. It remains an important location for the Royal Family for centuries. King William III and his daughter, Queen Wilhelmina, in particular use it as their main residence. After Princess Wilhelmina passes away, Het Loo Palace is converted to a museum that devotes ample attention to the residence’s relationship with the House of Orange-Nassau.

The Hague has been the Court Capital of the nation since the end of the sixteenth century. This is when Prince Maurits, one of William of Orange’s sons, takes up residence on the Binnenhof. Stadholders and later kings and queens have been residing in The Hague for over four centuries now. They have left their mark on the city and its environs. Several palaces were built and used as residences and offices. Some of these are still used today. Important royal traditions are still being upheld, such as Princes’ Day and the ceremony in which newly appointed ambassadors present their Geloofsbrieven or Letters of Credence to the King.

While the House of Orange-Nassau has a history that goes back over six centuries, the country does not have its first King of Orange-Nassau until 1815. After the Emperor Napoleon is defeated, Prince William is asked to return to Holland from England. When he is crowned in 1815, the Kingdom of Orange-Nassau emerges.

The stadtholders and kings of Orange-Nassau have not always been equally popular and powerful. During the so-called stadtholder-less periods in the 17th and 18th century, the members of the House of Orange-Nassau were displaced by political opponents. The Royal Family went through some critical moments in the 19th and 20th centuries, too. In 1918, the socialist political man Troelstra tried to start a revolution and dethrone Queen Wilhelmina. This dualism is part and parcel of the nature and culture of Holland.

Discover all about Royal Holland and the House of Orange-Nassau. Visit historic royal cities, such as Delft, Breda, Apeldoorn, Leeuwarden and The Hague.